Nominate your rural health-care hero for a Rhapsody Award. Nominations for 2022 are now open.

For some high school students in Wainwright, a medical career in the military could be a good choice.  After all, a Canadian Forces Base is located here.

Military was one of six stations at the Grow Your Own skills day at the Wainwright Health Centre.   45 students from the two local high schools spent a day immersed in hands-on medical training. 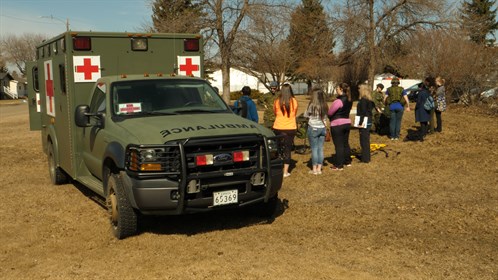 “With the cost of secondary education in this day and age, it’s says definitely a way to go”, says Warrant Officer Terence-Pittman.  “They (Canadian Military) pay for your schooling as well, and employ you while you’re not in school during the summer.  And then on top of that, you only owe obligatory service time.  You don’t have to pay the money back.” 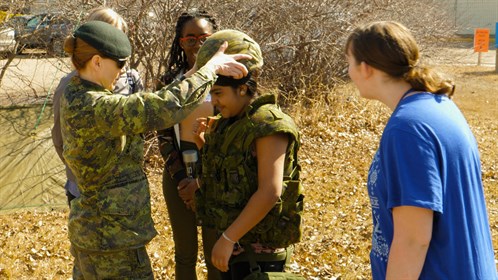 Military was one of six stations at the Grow Your Own Skills Day at the Wainwright Health Centre.  45 students from two local high schools spent a day immersed in hands-on medical training.

“It’s giving us an opportunity to introduce to them all of the different avenues that are available in the healthcare industry and also in rural because rural is really exciting”, says Cheryl Huxley, site manager at Wainwright Health Centre. 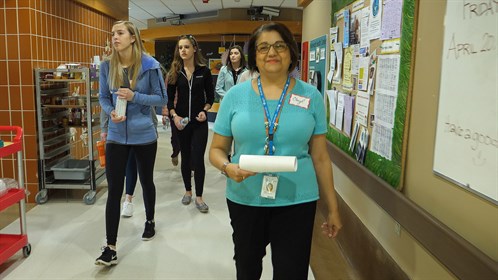 “This is awesome.  The moment I heard about it, I wanted to sign up”, says Bransen Starkey, a grade 10 student at Blessed Sacrament School. 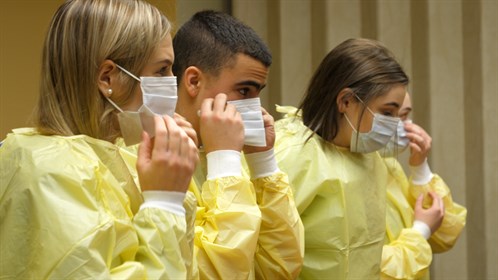 Fellow student Haidyn Golinowski adds, “It’s interesting to see all the different jobs that I can be because I know I want to be something medical.”

“They can see so many different aspects that are in the hospital and how everybody works together,” says Melissa Youst, an LPN at Wainwright Health Centre.  “They can do a little bit of hands-on learning that normally you’d never get to do.” 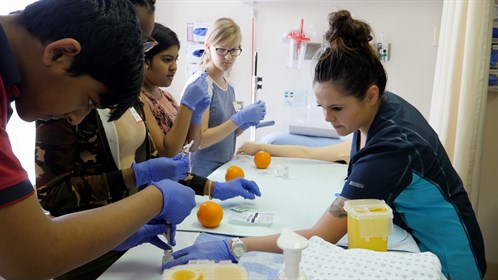 Melissa’s station, IV Starts and Injections was very popular.   And for some who get queasy when they get a needle, it was good to know they were fine giving a needle.

“If I start healthcare and then realize that I can’t give a needle, that’s a little late then.  So, it’s good to know that I actually can give a needle now,” says Haidyn Golinowski.

“I recommend this to absolutely anyone”, says student Taylor Hrubeniuk.  “You’ll learn a whole lot more than what you normally think healthcare would be because you think it’s just doctors and nurses but it’s so much more than that.”

Dr. Max Ramsahoye, who came to Wainwright as a military physician 21 years ago, shared his story.

“Once I came out rural and worked in a rural site, I realized that rural life is just much more suitable for me.” 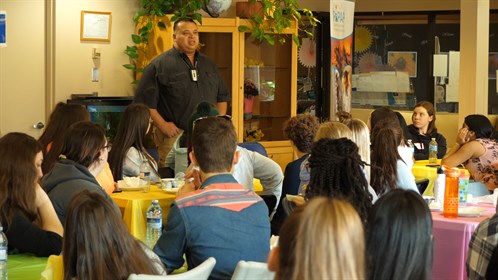 Melissa Youst echoes that feeling, “I love being an LPN in Wainwright.  You get so close with everybody. Lots of the patients that you take care of, you see them out in the community, and you get to know them on such a personal level.

Some of the students here today, have already chosen a specific career in healthcare, like Grade 9 student Nisha Amarasinghe.  “I want to build my career in medicine.  I want to be a cardiologist.” 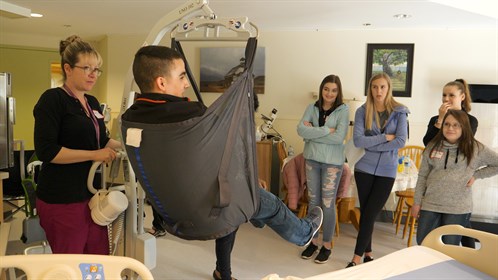 The Grow Your Own event was organized by Wainwright Economic Development, Alberta Health Services and RhPAP.

“It’s been excellent support for us to have RhPAP behind this”, says Cheryl Huxley.