The 2022 RhPAP Rural Community Conference is SOLD OUT! Thank you to all who registered. Click here to access conference details.

Transitioning from behind the wheel

/News & Events/Category/News/Transitioning from behind the wheel 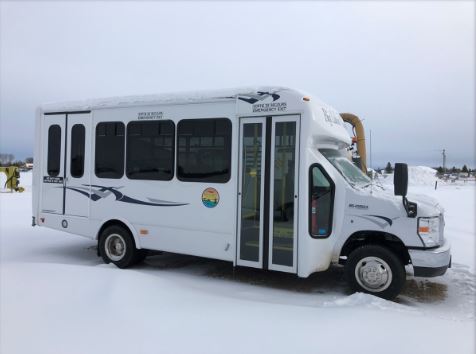 How do you know when it’s time to stop driving?

It’s not an easy decision and it’s one that often involves a family physician being called on to help reach the best conclusion. Many people associate the loss of being able to drive with a loss of independence; however, it doesn’t have to be that way.

The Medically At-Risk Driver Centre (MARD) at the University of Alberta (U of A) is hoping to change the outlook for those who are handing over their licence.

“We know [that] as we get older, we develop conditions that make it necessary to move from the driver seat to the passenger seat,” says Bonnie Dobbs, MARD Centre director, professor of Family Medicine, and the director for the U of A’s research on care of the elderly.

“Whether they be visual, motor, or cognitive impairments that make the decision for us, it can be a difficult transition for many.”

“We know [that] as we get older, we develop conditions that make it necessary to move from the driver seat to the passenger seat.”
Bonnie Dobbs

Some of the research conducted at the MARD Centre looks at developing tools that can be used by a variety of stakeholders to identify medically at-risk drivers. The MARD Centre then takes that research and translates it into evidence-based policies and practices that positively influence traffic safety and the quality of life of Albertans.

One example of the MARD Centre’s research in practice is an online listing of alternate transportation service providers in Alberta. This resource is useful for any family physician navigating the difficult consultation to transition a patient from driver to passenger, says Dobbs. The list can be found at mard.med.ualberta.ca/mard/db/. To use it, users must identify the Alberta Health Services Zone they’re located in and the community in which they’re looking for transportation options. A full listing of service providers in each community is collated depending on the user’s input.

Another example of the MARD Centre’s applied research is the alternative transportation pilot program, which helps rural Alberta communities provide a sustainable model of alternate transportation for seniors and persons with disabilities. These pilot  run in communities such as Big Lake County, the Sturgeon Region, and the West Yellowhead Region, with some communities like Wainwright operating a successful model since 2013. 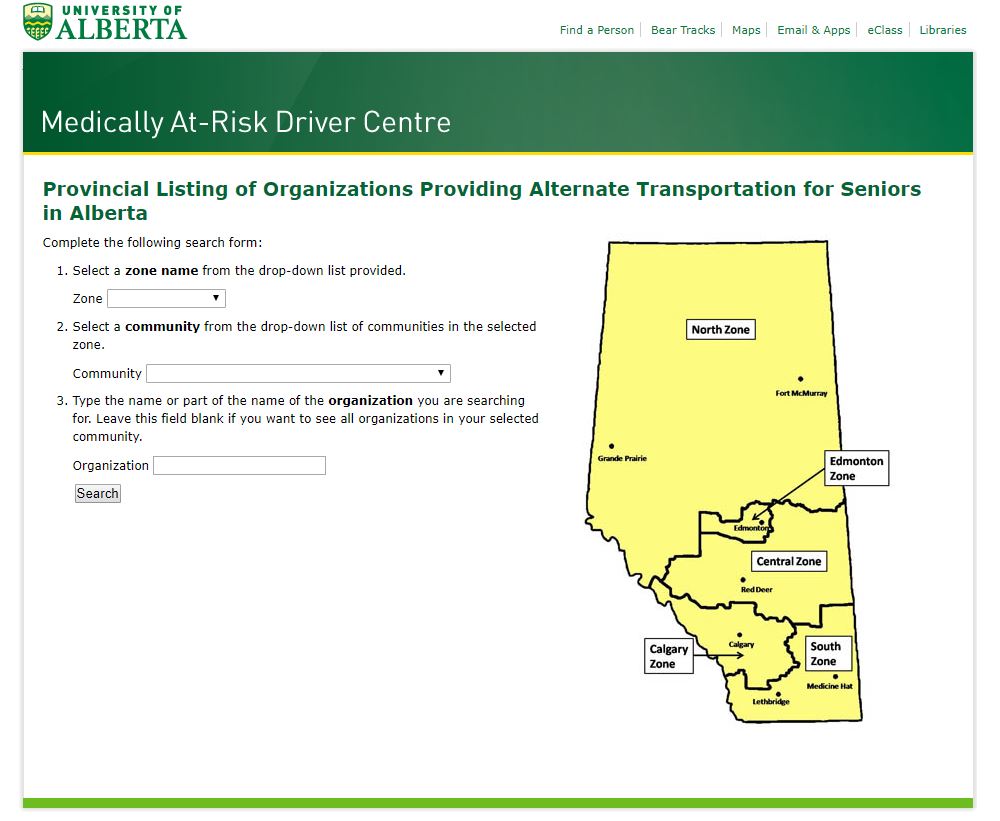 “We found there to be more than a few options available in urban communities for alternative transportation, but fewer (or no [options]) available to people in rural centres,” says Dobbs.

In addition to providing transit services that shuttle people to and from medical appointments, Dobbs adds the service also provides a socialization element, which is just as important to quality of life, and also reduces the stress for loved ones and care givers.

“We found there to be more than a few options available in urban communities for alternative transportation, but fewer (or no [options]) available to people in rural centres.”
Bonnie Dobbs

For some rural centres, the pilot program fills a serious need in the community. In the Municipal District of Wainwright, the support for the program has been phenomenal.

“We first started talking about getting a program in place in the fall of 2012 and by August first of 2013, we were up and running,” says Bernie Buzick, chairman of the Wainwright & District Handivan Society. “The support from the community almost blew my socks off.”

The program now has two vans and a bus — all wheel-chair accessible — running multiple routes a week in the community, located about two hours east of Edmonton.

The service runs both locally and to larger centres, making trips to Edmonton around twice a week. Buzick says the program is truly successful because of the amount of support they receive from the community.

“We are funded in part by the (Town of Wainwright) and (MD of Wainwright) along with private and corporate donations. We feel incredibly blessed to be able to offer the service we do.”

Keep up with the latest in rural health care